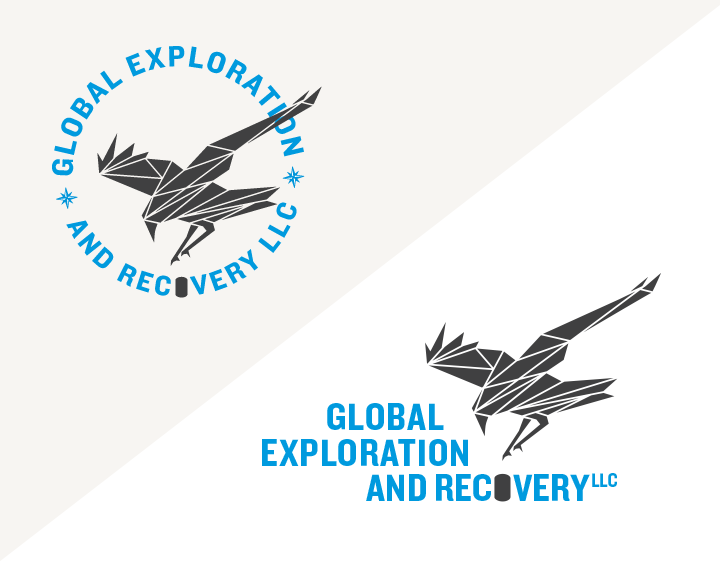 To further GEaR’s fundraising and promotional efforts, a plan to develop a more functional, portable logo was hatched. Their impressive capability and their mission’s remarkable backstory become fertile territory to bring meaning to the mark.

Their ongoing mission is to locate, recover, and repatriate 3 heroic American aviators buried in glacier ice in Greenland since WWII. Their Grumman Duck amphibious airplane became lost in a storm during a (2nd) daring attempt to rescue the crew of a downed B-17 using an audacious, untested ice landing technique. Previous missions have brought them to the very edge of confirming the location of the wreckage.

A logo reboot:
GEaR strongly identified with the raven for its ability to innovate, adapt, and navigate. The direction of the design immediately moved to providing a strong metaphor to represent the action and readiness of the team, flight operations and logistics, and deploying the full compliment of their capabilities to realize a successful recovery. The subtle typographic symbolism of a dog-tag buried in layered terrain is an homage to their still active mission to recover pilot Lt. John Pritchard, radioman Benjamin Bottoms, and U.S. Army Air Corps Cpl. Loren Howarth.