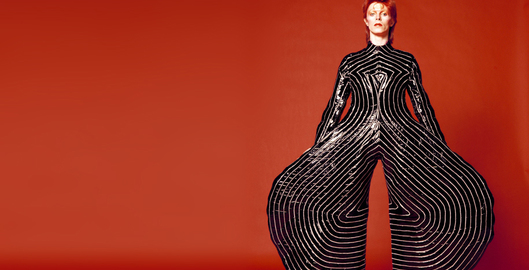 David Bowie’s passing is such hard, sad news. Tough to come to terms with and to process; all the spaces in my life and imagination that he touched are now left hurt by his departure. But I’m thankful.

I will miss him as an artist and exceptional human being. I’ll reach for the gratitude of being around to experience his art in full, ground-breaking context. He was a visionary. The embodiment of artistic courage. An enviable artist to every other artist, relentless and uncompromising. Great artists remove the traces of influence to push their art. He took genres and reformed them into genre-less expression. As a musician and writer his work could hold you in the same grip even in its most exposed, raw form: acoustic. He was the prince, then father of modern music Avant-garde. In between the spaces of sadness and loss I’ll remember to be inspired by him – an artist that chose to aggressively push his art to its limits through his 50’s, his 60’s, straight through cancer and never stopping. I think that’s what he’d want.